Meet Devin Li, the brains behind the newest Asian cuisine coming to Waco. Devin and his wife Jaja will open a stand at the Farmer Market in June, serving tea and Chinese- and Tawainese-influenced foods. Devin shared with us the journey and passion that resulted in Waco Cha.

How did you get the idea to start Waco Cha?

It all began when Jaja and I moved to downtown Waco. We wanted to invest in Waco as a couple but were not sure how, beyond purchasing real estate. My wife Jaja and I would go to the Waco Downtown Farmers Market each Saturday, and we always thought that we should sell something to continue investing in downtown Waco.

That joke eventually became a reality. Our desire for wanting increased access to authentic Asian food also spurred us on. After trying to make tea drinks at home, I finally decided to apply for a spot at the market in the summer of 2017.

How did you end up in Waco, and what inspired you to stay here?

I came to the US as an immigrant’s child at the age of 13 and lived in Houston until I decided to go to Baylor. I came as a freshman and eventually graduated with a degree in Engineering. I went back to Houston post-graduation to work as an engineer.

In order to end long distance with my (then) girlfriend Jaja, I moved to Waco as she continued studying social work as a graduate student. I have been in Waco ever since. I always planned to leave before Jaja graduated from school and would always joke about going somewhere more diverse, but we both ended up finding jobs and settled down. 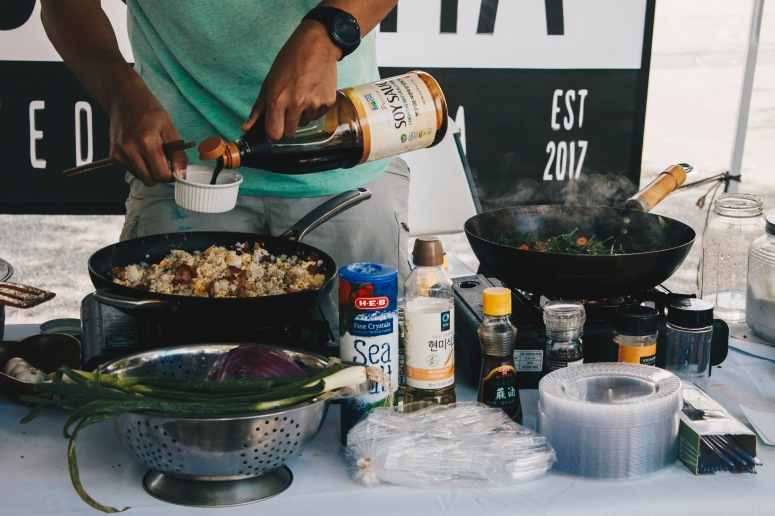 Where does your love for cooking originate?

Food is a major part of the Chinese culture and is something we all love.  As a young boy living in China, I learned to make instant ramen noodles at the age of 5 or 6. I remember making them by boiling water in a pot and mixing the noodles with vegetables and other fresh ingredients. Over time, I learned to be creative with food.

After working in Waco as an engineer for 6 months, I was laid off due to the business slowing down. My love for cooking was sparked by that. With more free time, I started exploring ways to cook food for my wife because health is a huge value of ours.

So I started cooking meals every day at home during that season of my life. It soon became one of my favorite hobbies. And I was definitely not good at it before. Y’all better see my wife’s face when I made fried rice for her the first time! 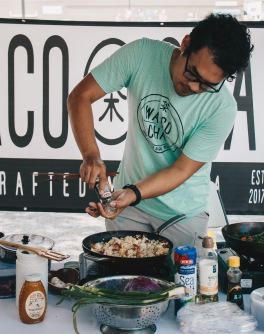 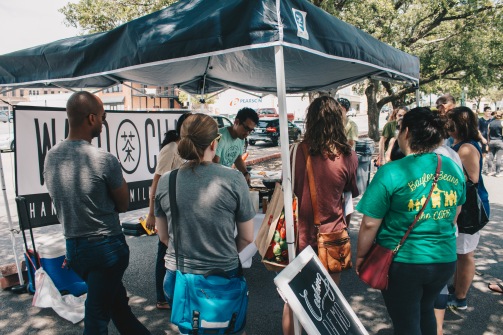 What significance does cooking hold for you?

Cooking for me is about loving my wife well, inviting others into our home, and worshipping God through loving my physical temple. But more importantly, it has always been about God’s faithfulness.

When I lost my job I was unemployed for about 6 months, and it was a difficult time for Jaja and me. We felt lost about our future, especially with our wedding coming up. I trusted that the Lord was going to provide and decided that my purpose during this season was to use my time faithfully in any way possible while I waited on his timing.

I later started using #cheflialwaysdelivers on Instagram as a joke that I was always delivering good Asian food on the dinner table. But #cheflialwaysdelivers is really about God’s faithfulness. He is always faithful. I learned to stop wondering all the time what God’s big purpose was for my life and instead to be faithful in the little things. If I hadn’t done this, I would never have known that I could be a home chef and start a food business.

How did you come up with the name for the business?

We were chatting with our friends Josh and Vanessa about our business ideas. They said that we should call our tea stand “Boba Cha” after bubble milk tea. Eventually that name became integrated with Waco, creating Waco Cha.”Cha” stands for the Chinese word for tea. I remember as a young boy growing up in China that my grandparents always carried a bottle of green tea with them. They would usually brew the loose leaf tea throughout the day and drink it. Growing up in Guangzhou, China also inspired me to create a tea shop as tea is a major part of its food culture. Those memories from my childhood inspired me to create a similar tea setting in Waco. 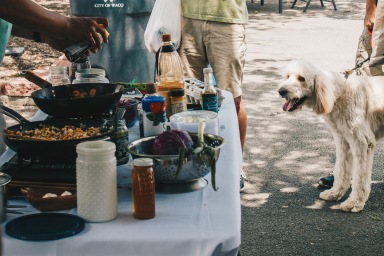 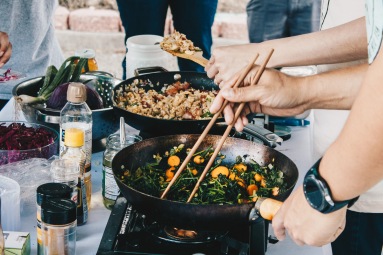 What’s your day job—and what’s your favorite part about it?

During the day, I have the privilege of mentoring and teaching young teenagers at University High School. As an Engineering Teacher, I get to use my education and skills and merge it with inspiring young lives.

What’s your dream for Waco Cha?

I dream for Waco Cha to eventually have its permanent home as a tea shop and for it to be a place for community to flourish. I hope for a space for individuals to taste authentic (and delicious!) Chinese and Taiwanese foods. In addition, I want to play my part, through Waco Cha, in providing increased diversity in our community through food and culture. 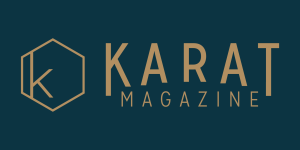 The Karat is a Waco-based online magazine celebrating local people & history. Each person has a story, and every story is gold. To read more about our founders and their vision, click here.